Toyota Will Launch a Camry Hybrid in Indonesia

Posted by Unknown Posted on 10.46 with No comments 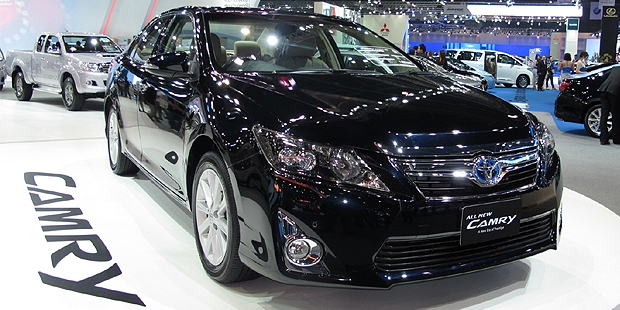 PT Toyota Astra Motor (TAM) will launch a hybrid Camry in Indonesia next week. This midsize sedan segment targeting mid to upper. This is the second hybrid model which is marketed in Indonesia after the Toyota Prius Generation 3.

"We introduced the Camry hybrid variant facelift at the same time next week," said Widyawati Soedigdo, General Manager Marketing TAM, on the sidelines of the 2012 facelift Yaris test drive at Plaza Senayan, South Jakarta. Described, facelift and hybrid models similar to those sold in Thailand.

Differences with the old model Camry Hybrid include the design of the headlamps is more flattened and elongated, not outward but inward. The top of the grille using the two larger fins. Integrated air dam with fog lights give the impression of dynamic because the bumper is equipped with a lip spoiler. Other changes, outside rearview mirrors are more pointed and larger rear combination lamps.

At present there are steering wheel buttons to control audio. Audio head unit and air conditioning controls now appear with a dark color. So to give the impression of exclusivity, most of the interior is decorated with wood paneling.