Fortuner VN Turbo: Torque Is Everything

Posted by Unknown Posted on 11.40 with No comments 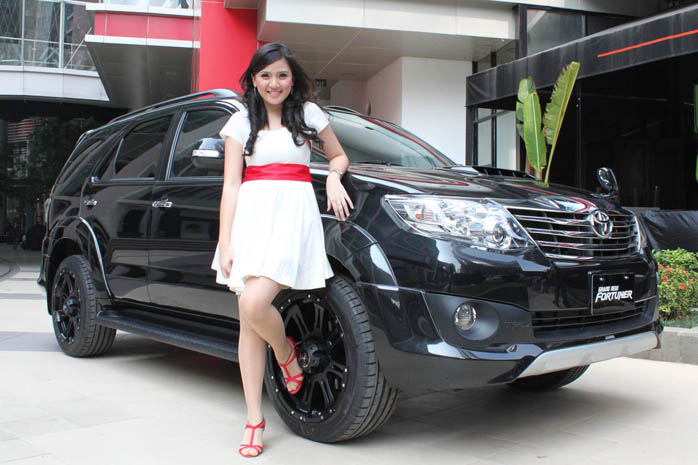 Diesel cars have proved economical fuel consumption. But the problem is that the performance is far from expectation. Therefore, manufacturers are able to create a diesel unit meets expectations diesel car lovers. One of the innovations that developed there in the air induction system or turbo. The idea is to manipulate the turbine wheel by adjusting the speed to the air requirements are always met in all engine speed ranges. This system reduces the gap at low rpm and make the engine does not run out of breath at high speed.

Toyota did it by developing a technology called Variable Nozzle Turbocharger (VNT). By relying on the nozzle which is directed to the turbine, the air flow rate is set by adjusting the nozzle angle. As a result, a turbine wheel can be faster at low speed and no loss of power at high speed. There are significant differences in the unit-FTV 2KD that do not use VNT, and that use VNT. If the old unit 2494 cc 4-cylinder common-rail will only produce power 102 hp and 265 Nm of torque, with an additional VNT plus intercooler, power output at 144 hp and 350 Nm of torque.

Interestingly, if the previously obtained 265 Nm of torque in the range of 1600-2400 rpm, while torque is 350 Nm is obtained in the range of 1600-2800 rpm. Evidently, in addition to torque increased sharply, breathing machines go up much longer. Unfortunately, the distribution of power to the wheels is still not changed. Fortuner still entrust a 5-speed manual transmission and 4-speed automatic similar predecessor.

Fortuner which we try to rely on a manual transmission. Armed with a single gear ratio final gear 4.313 and 4.555, power surge is felt when accelerating. Not easy to drag his huge body. The same sensation occurred every subsequent gearshift. The laws of physics not been able rejected by the Fortuner. With tall posture, not easy to control when maneuvering quickly. Potential swayed easily detected.

Even so, try to feel movement when cornering. Moreover, this model has been used sokbreker TRD Sportivo who tend to be hard. So you can anticipate the movement of the body and its tendency to oversteer, playing with the Fortuner will be fun. Inside, there was no change from the previous diesel models. The bench two-tone look fancy and suggested fresh. Similar to the Kijang Innova Dashboard is starting to feel outdated for some people. While tall posture ensures the accommodation was adequate.

Get information of Toyota prices at Toyota Surabaya, discounts, cashback, promotions, bonuses we offer, by clicking the link below;