All New Camry Launched in Hollywood

Posted by Unknown Posted on 22.37 with No comments 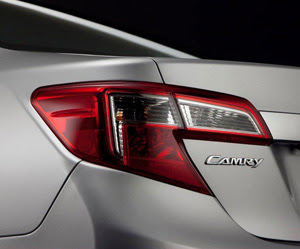 Toyota launched the All New Toyota Camry at Paramount Studios, Hollywood, which was broadcast live. Meanwhile in a separate place, Akio Toyoda, Toyota Motor Corp. President. witnessed the emergence of New Camry is the first off the production line in Georgetown. Interestingly, the New Camry is offered at a price more affordable than previous generations.

Camry is the best selling sedan in the United States in recent years. Although rivals have progressed, but the Camry remains the most trusted consumer there for family transportation needs. For Toyota, the Camry is a symbol of success.

This seventh-generation four-cylinder engine equipped with a 2.5-liter capacity that can produce maximum power of 178hp, up 5% compared to previous generations. Also increased its fuel efficiency. From the previous average of 11 km/liter, the new Camry can travel 11.9 km/liter. This type is the backbone of Camry sales in the United States. Based on car sales data released by Autodata United States, the Camry remains the best selling cars throughout the year with sales of 174,485 units, its nearest competitor sold only 147,620 units.

Toyota Camry also provides six-cylinder engine that is expected to contribute 15% of sales. This is what distinguishes with Indonesia. It is precisely the demand for a high six-cylinder variants.

While the New Camry Hybrid is now the most economical mid-class sedan in the United States with levels of fuel consumption of 17.43 km / liter. The price is also trimmed.

New Toyota Camry offers a more sporty driving with a stiffer suspension. This sedan is also equipped with 10 airbags to provide complete protection to the driver and passengers.