Avanza and Yaris - The Best In Social Media

Posted by Unknown Posted on 11.42 with No comments 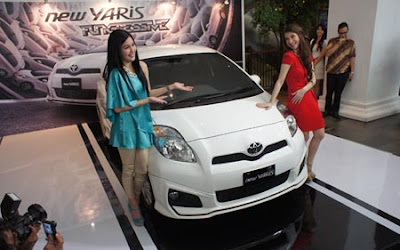 "Efforts to provide products and services to customers who have made ​​Toyota received appreciation from various parties and activities are monitored marketing through social media. An achievement of Toyota Avanza and Toyota Yaris, which can sustain achievements ever achieved last year, "said Rouli Sijabat, Public Relations Manager PT. Toyota Astra Motor.

The Digital Marketing Award is intended to encourage brand owners and corporations to recognize the importance of monitoring consumer conversations in social media. The award is judged on the basis of the results of a study conducted MediaWave based assessment factors and good opinions circulating among social media.