Posted by Unknown Posted on 10.19 with No comments 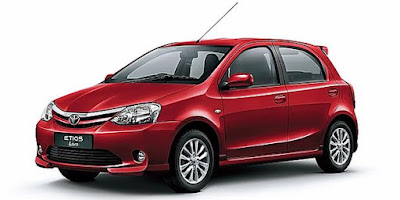 Toyota-Daihatsu collaboration in Indonesia has grown steadily in producing cars. At the end of next year (2012) through the latest Daihatsu factory in Karawang, West Java, the new model will be manufactured 50,000 units per year (starting 2013).

According to Just-Auto, a car that is produced is made from the platform Toyota Etios in India (specifically hatback Etios Liva could be categorized as passenger vehicles 2-box). It cost an estimated 10,000 to 11,000 U.S. dollars, http://www.blogger.com/img/blank.gifor approximately IDR 85.3 million - IDR 93.8 million. Further, 70 percent of plant production will be absorbed by Toyota.

This plan was never put forward by one of the directors of Toyota in Indonesia. It is said, Daihatsu will fill the low-cost car segment, while Toyota calls it an environmentally friendly car.

If this strategy is that run along Daihatsu Toyota, expected changes in our industrial and automotive business in Indonesia, especially in the small car segment or city car. Over in the combination of Toyota-Daihatsu have colored Indonesian automotive industry and business through Xenia and Avanza, Rush, Terios.